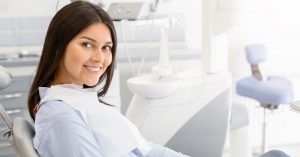 Some dental procedures have gained a reputation over the years as being painful and worth avoiding at all costs. Root canals fall into that category. But the truth about this commonly performed dental procedure is quite different than the myths that have been built up around it. Modern dental technology makes it possible for patients to feel little or no discomfort whatsoever during most procedures, including root canals. In this article, we provide some helpful information and answer, once and for all, the question, “Do root canals hurt?”

The Truth about Root Canals

In reality, root canals don’t hurt. In fact, because of advancements in anesthetics and dental sedation methods, the vast majority of root canal patients feel no pain at all during the procedure. But that’s not the case for people who need a root canal and haven’t yet had the procedure performed. The fact is that the symptoms of needing a root canal are often quite painful, and the procedure itself alleviates that pain for the patient.

People who form an infection in the pulp of a tooth quite often require a root canal. Every person is different. Some people may need a root canal without every knowing that anything is wrong. But most patients will experience one or more of the following symptoms that indicate a root canal is needed:

The only way to know for sure whether or not you need a root canal is to visit your dentist. But if you experience one or more of the symptoms listed above, call your dentist to schedule an appointment. It’s possible that you won’t need a root canal, but if you do have an infection it will be important to treat it as soon as possible.

The Steps Involved in a Root Canal Procedure

Root canals are common procedures that are performed each and every day by dentists all across the US. A dental provider that specializes in root canals is called an “endodontist.” Not every dentist performs root canals, and those that do not will often refer their patients to an endodontist to have the procedure done. Although the exact steps involved in a root canal may vary slightly, what follows is the most typical sequence:

Because a tooth doesn’t require nerves or pulp to function normally, the end result of the root canal procedure is a tooth that is infection-free and performs just the same as any other tooth in the patient’s mouth. Often, root canals are the most effective way of saving a tooth that might otherwise need to be extracted.

If you suspect that you may need a root canal, there’s no need to be nervous about the procedure. Do root canals hurt? We can answer that question easily: root canals are virtually painless, as is the case with all other dental procedures. Thanks to advancements in dental technology, as well as dental anesthetics and sedation methods, most patients feel little or no discomfort whatsoever while have a procedure performed in the dentist’s chair. To find out more about root canals, call your dentist today to schedule an appointment.